Watchdog or Lapdog: business journalism is faltering while other investigations rise

Business journalists don't rate ASIC to hold businesses to account, so believe their work to be vital. But it's declining, at the same time papers devote more time to other investigations. Legal challenges, and the concerns of advertisers, take their toll.

Allowing the ABC to run ads would siphon profits out of free-to-air TV networks and lead to an overall lower price per ad slot, even for newspapers. 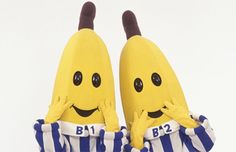 Razer: Working at the ABC is no day spa | Daily Review: Film, stage and music reviews, interviews and more.

Share on FacebookShare on TwitterShare on Google+The personal, it seems, has become conclusively political, and never quite so much as in the case of newly announced ABC funding cuts. On Monday as ABC staff awaited its executive’s response, Fairfax opened a deeply personal vein and allowed a former manager to bleed politics all over the page. 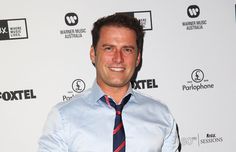 Razer: the premature apotheosis of Karl Stefanovic, or the media is useless | Daily Review: Film, stage and music reviews, interviews and more.

Share on FacebookShare on TwitterShare on Google+In a land of the despairing, the chipper man is king and so, morning television’s most radiant head has risen to be crowned. Karl Stefanovic, a man hitherto distinguished as runner-up in Torvill and Dean’s Dancing on Ice, in recent weeks has been elevated and applauded as brave, heroic and progressive. What Stefanovic, a

A speedy execution: 400 staff made redundant as ABC responds to budget cuts

One in 10 ABC staff will be shown the door, and though Lateline was saved, state 7.30 reports will be axed.

Two world-shattering events occurred last week: we landed a probe on a comet, and Kim Kardashian got naked on the cover of a magazine. Crikey's writer-at-large ponders the significance of the two.

SBS' international current affairs show Dateline has won numerous awards in its 30 years on air. But supervising producer Allan Hogan reveals the show is about to be gutted.

A new piece of malware surfacing in China has torn down Apple users' claims that its operating systems are immune to attack.

Sharri Markson's incorrigible self-interest is actually a symptom shared by many journalists in an industry that won't stop talking about itself.

Mayne: Murdoch salaries hit $600 million -- but you wouldn't read about it

The Oz has revealed that the ABC's Mark Scott got a pay rise -- but the paper is strangely silent on the massive pay packets taken home by the Murdoch family.

No, the ABC could not cut transmission costs by putting everything online, writes mysterious Twitter personality ABC News Intern. 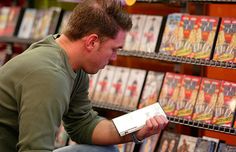 Share on FacebookShare on TwitterShare on Google+ The strip mall has no name, just a double-storeyed row of shops, with an improbably retro collection of services — a flotation tank outfit, a jazzercise studio, the glass gallery — in a place with no name. “We just call it … East Boulder” said the guy in

The ABC debate: Mark Scott on why the ABC is just fine as it is

The ABC debate: game shows and drama not part of the ABC Act

Any debate about the future of the ABC has to take into account its charter -- and nowhere does it say the national broadcaster must air drama, comedy, sport and game shows, writes Geoff Heriot, former chief of corporate planning and governance at the ABC.