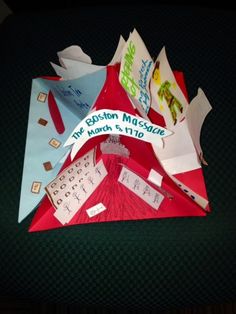 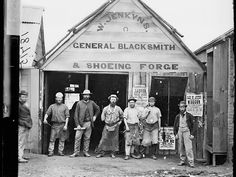 Check out these old back-and-white photos of Australia during the 1870 gold rush. These mostly show the town’s inhabitants standing proudly in the dusty to 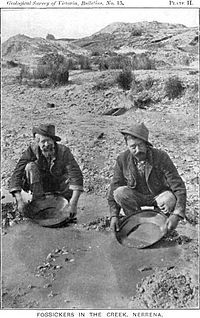 The Victorian gold rush was a period in the history of Victoria, Australia approximately between 1851 and the late 1860s. Learn more about it and how much Australia's population expanded.

Can You Strike it Rich during the Gold Rush is a great introduction to the Australian goldfields or a fun, independent, extension activity. For 1–4 players aged 8-plus. 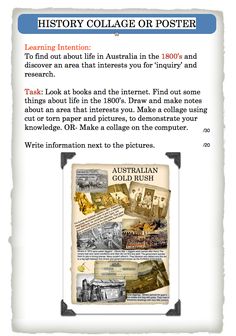 On This Page: Homework ideas are at the top. Class projects are further down this page. Please scroll down until you find them. Thanks! WEEK 8 Homework this week: Please Choose from the Term 4 Grid. (See Below) Choose from this Term 4 Homework Grid: A good website for tables fluency is here:http://www.arcademics.com Parents- Thanks for your feedback on Survey Monkey. Most people said they are happy with our current format but one parent suggested a grid design. So, if you would like your… 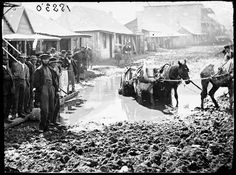 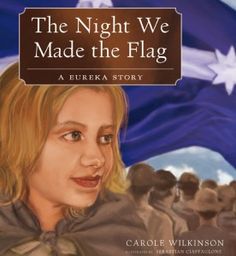 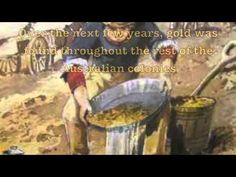 This short movie is a serious of images, text and music to education primary school children about the series of events leading to the gold rush in Australia... 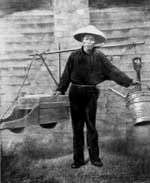 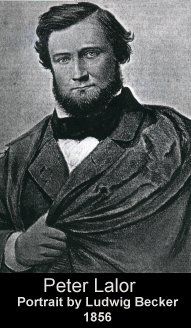 Peter Lalor was the main leader at the Eureka Stockade..the Eureka oath.."We swear by the Southern Cross to stand truly by each other and fight to defend our rights and liberties"

The third of December is the anniversary of a very famous event in Australia's history called the Eureka Stockade. Sarah visited Ballarat in Victoria to find out what it was and why it's so important. | AC History

Prospector's Hut, Upper Dargo, Gippsland, Victoria, Australia in 1870. During the gold rush era between 1850 to 1870, Victoria dominated the world's gold output. Australia's population increased dramatically mainly due to the gold discoveries with people trying to 'strike it rich'. In 1851 the Australian population was 437,655 and 10 years later it had grown to 1,151,947. Find out more about the gold rush in Australia. 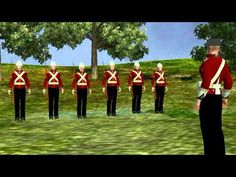 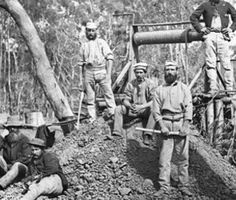 What are facts about the Eureka Stockade? - Answers

The Eureka Stockade Rebellion took place at the Eureka goldfields in Ballarat, Victoria, Australia, on the 3rd of December, 1854. It was brought about by a combination of things including the oppressive fees for a "miners permit", the poor conditions on the gold fields, and the oppression of miners by the Authorities. A further issue fuelling the rebellion was the questionable death of one young miner and the beating of another at the hands of Police. (It should be noted that at this point…