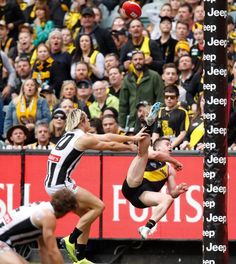 Jack Higgins kicking one of the best goals of 2018 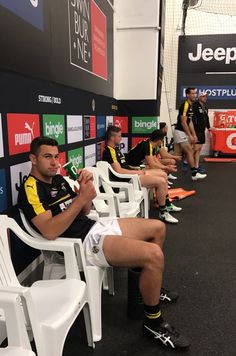 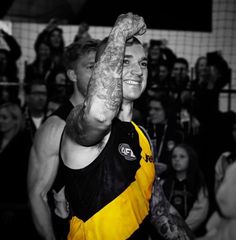 Brownlow Medal winner Dusty Martin: how a young bloke 'pulled his head in'

Every now and again an AFL player comes along whose singular talent on field is equally matched by his enigmatic off-field persona. In 2017, that footballer has been Dusty Martin.

OUR iPad-exclusive extract series continues with seven of the all-time great footy banners. 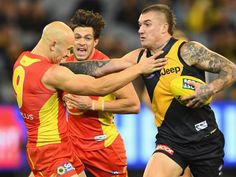 DAMIEN Hardwick believes Richmond has taken a bit of a step forward after outlasting Gold Coast in a pulsating arm wrestle at the MCG. 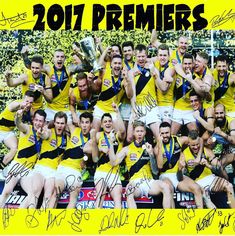 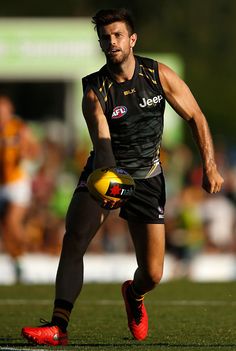 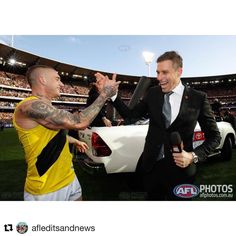 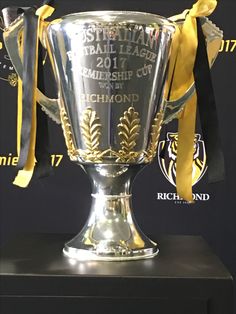 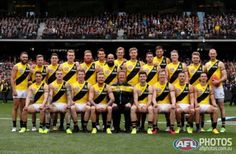 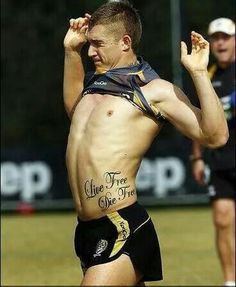 Dustin Martin - his tattoos make him look even hotter 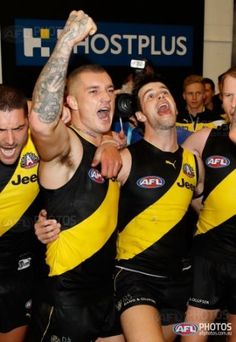 AFL 2017 Round 05 - Richmond v Melbourne - MELBOURNE, AUSTRALIA - APRIL 24: Jesse Hogan of the Demons and Josh Caddy of the Tigers compete for the ball during the 2017 AFL round 05 match between the Richmond Tigers and the Melbourne Demons at the Melbourne Cricket Ground on April 24, 2017 in Melbourne, Australia. (Photo by Michael Willson/AFL Media) 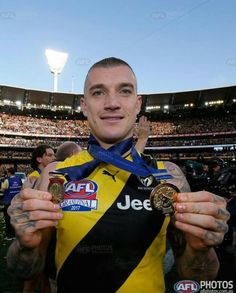 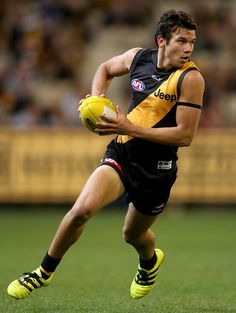 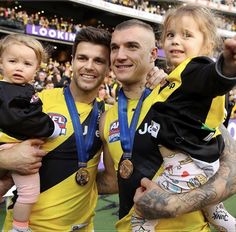