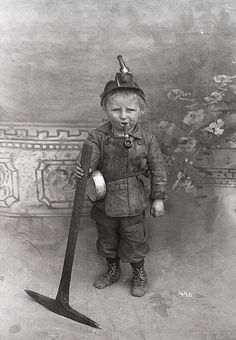 This image is public domain This is a film scan from a copy negative that is part of my historical archive of Utah and Colorado mining images. The boy worked the mines. Children were cheap labor in the mines. He never worked that pick drill and the pipe wasn't likely his either but the rest of his stuff was real. He spent ten hours a day in that get up with only the light from that tallow wick lamp. He cleaned and played the part of a canary (kids were easier to replace than good miners). He… 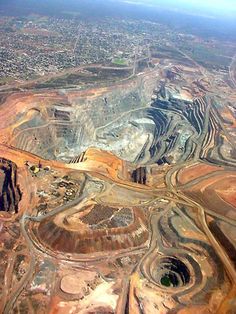 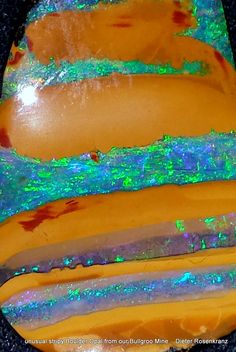 unusual stripy Boulder Opal from our Bullgroo Opal Mine North /West of Quilpie , Qld. Australia . We only ever found one large Boulder that contained this type of opal . 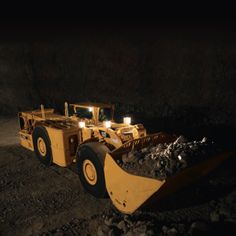 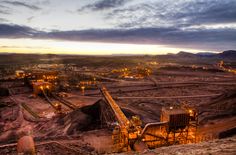 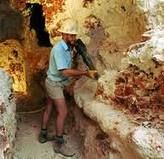 Era of the Mining Autobots : Robotic Trucks Australia is the second largest producer & exporter of iron ore, with production figure's as high as half a billion tonnes annually, and receiving revenues in form of royalties in Billions of Australian Dollars from companies like BHP Billiton & the Rio Tinto Group, who dominate the major part of trade, as much as over 90%. 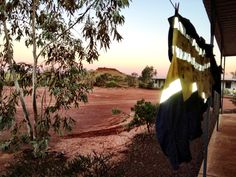 FIFO stands for Fly In Fly Out. Workers fly to the mine and stay on site for 1 or two weeks, working 12 hour shifts each day. This mine worker has their washed work shirts hanging out to dry at the remote mine site on the Pilbara. This cabin is on the edge of the village. Over the horizon is thousands of miles of arid bush. They say that iron ore miners have red dirt in their veins. One thing is for sure, working in the Pilbara leaves an imprint that you will never forget 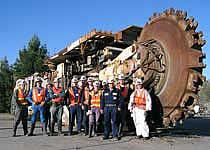 As towns near mines become dominated by contract workers, rents rise and the economic and social landscape changes

As towns near mines become dominated by contract workers, rents rise and the economic and social landscape changes

Copper mine in Queensland