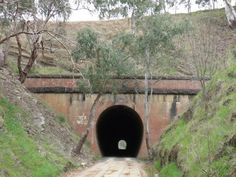 Victoria Park Railway Tunnel in Brisbane, Australia played host to one of Brisbane's most famous ghosts in 1965, after a group of local children overheard rumours suggesting a ghost had been observed within the tunnel. The following night, the intrepid ghost hunters crept down in the hope of spotting the spook. One boy, was apparently accosted by a misty green, armless, legless, headless apparition that seemed to materialise from the wall of the tunnel. 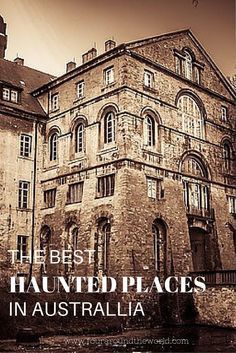 The Best Haunted Places in Australia

What better time than Halloween to share some of the best spooky attractions in Australia. While personally, I tend to be a little reluctant these days to actually visit some of these places... at night 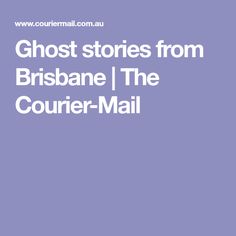 WHEN Breakfast Creek Hotel catering manager Melinda Venning finds herself in her office alone some nights, she can often feel another presence in the room. 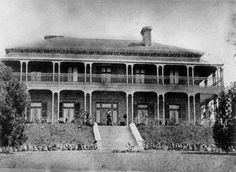 The Haunts of Brisbane

Gooloowan, c.1888 (State Library of Qld) Perched on the southern slopes of Denmark Hill in Ipswich, an imposing house known as Gooloowan stands...clocking in at 148 years old, one can only imagine what information would come to light if the walls of this old house could talk! Welcome to the third instalment of our "Haunted Ipswich" series, focusing on some of the greater & lesser-known haunted sites around the inner-Ipswich area. For this week's article we'll be focusing on Gooloowan, a… 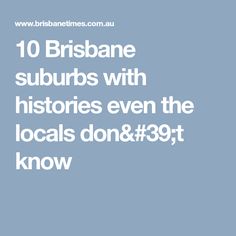 10 Brisbane suburbs with histories even the locals don't know

From haunted buildings and historic tales, things you may not know about 10 Brisbane suburbs. 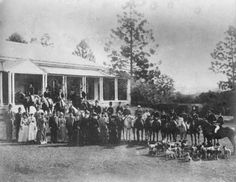 Magnificent Claremont: home to a cotton pioneer, the "Father of Ipswich" & a short-term Premier of Queensland

Hunting party at Claremont, c.1890 (State Library of Qld) Last article, we focused on the stately mansion of Gooloowan on the slopes of Denmark Hill, & the exploits of the Cribb family with their multitude of contributions to the now vibrant City of Ipswich & State of Queensland. However, having now focused on three sites to the west of the CBD, it's time that we swung over to the east of Ipswich to examine a few more sites renowned for both their amazing histories & the ghosts who inhabit… 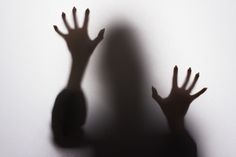 In celebration of Friday the 13th we've rounded up the spookiest stories that plague our city, along with all the places you don't want to visit after dark.