Jack Viney Photos - Jack Viney of the Demons looks to handball during the round five AFL match between the Melbourne Demons and the Richmond Tigers at Melbourne Cricket Ground on April 24, 2016 in Melbourne, Australia. - AFL Rd 5 - Melbourne v Richmond 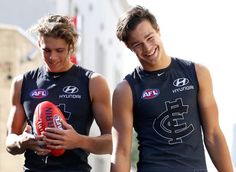 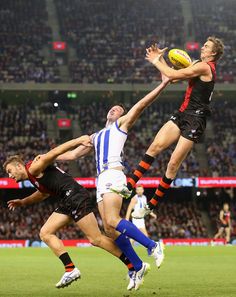 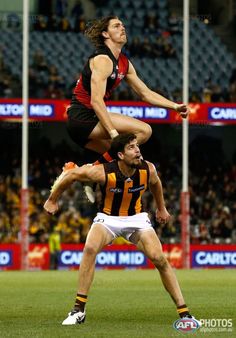 AFL 2016 Rd 12 - Essendon v Hawthorn - MELBOURNE, AUSTRALIA - JUNE 10: Martin Gleeson of the Bombers is taken high by Jack Gunston of the Hawks during the 2016 AFL Round 12 match between the Essendon Bombers and the Hawthorn Hawks at Etihad Stadium on June 10, 2016 in Melbourne, Australia. (Photo by Michael Willson/AFL Media) 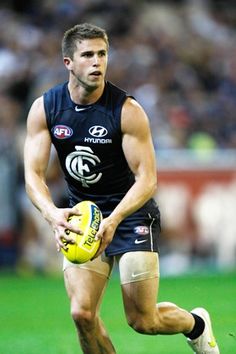 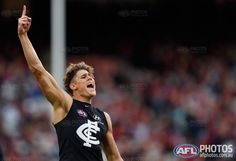 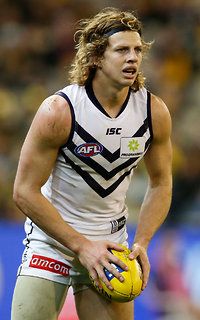 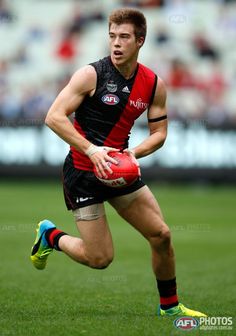 AFL Photos, buy official AFL prints from the official AFL photographers. The Slattery Media Group brings you the most current player and match photos from all games of all rounds of the AFL season. With historic photography available. 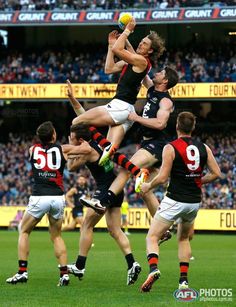 AFL 2016 Rd 06 - Carlton v Essendon - MELBOURNE, AUSTRALIA - MAY 1: Players fly for a mark during the 2016 AFL Round 06 match between the Carlton Blues and the Essendon Bombers at the Melbourne Cricket Ground, Melbourne on May 1, 2016. (Photo by Michael Willson/AFL Media) 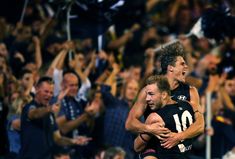 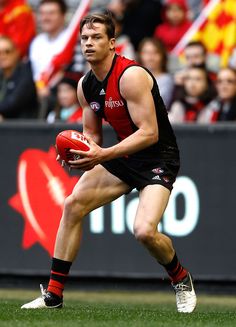 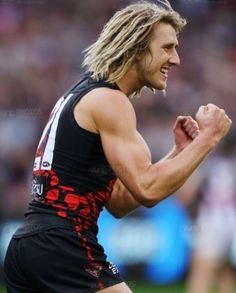 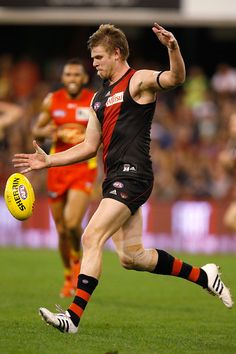 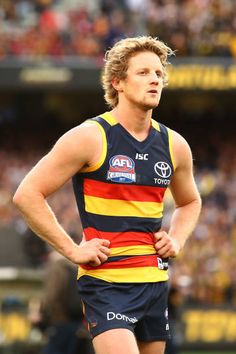 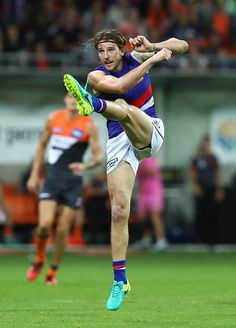 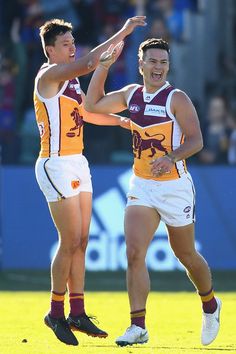 Cameron Rayner Photos - Cameron Rayner of the Lions is congratulated by Hugh McCluggage after kicking a goal during the round 17 AFL match between the Hawthorn Hawks and the Brisbane Lions at University of Tasmania Stadium on July 14, 2018 in Launceston, Australia. - AFL Rd 17 - Hawthorn vs. Brisbane